A Pet Owner’s Guide to Heartworms

Heartworm infections are increasing in number and geographic distribution, extending into traditionally low prevalence areas, such as California. Our team at Terra Linda Veterinary Hospital wants to help ensure your pet is protected from these dangerous parasites and the diseases they cause.

Heartworms can infect many mammal species, including dogs, cats, ferrets, wolves, coyotes, raccoons, and foxes. Dogs and wild canids are their natural hosts, which means the heartworms can complete their full life cycle while parasitizing these animals. As they feed, mosquitoes ingest baby heartworms (i.e., microfilariae) that circulate in an infected natural host’s bloodstream. If temperatures remain above 57 degrees, the microfilariae develop to an infective stage and travel to the mouth of the mosquito, which deposits them on a pet’s skin when they feed. The parasites enter the pet’s body through the mosquito’s bite wound and eventually migrate to the pet’s heart and lungs. In dogs, female heartworms can reach 10 to 12 inches inside their heart and pulmonary vasculature, and can mate and produce offspring about six to seven months after the initial infection.

Dogs are natural heartworm hosts, while cats and ferrets are atypical hosts, which means that the disease process is different, depending on the affected pet.

The few tests that are available to test for heartworm disease in pets each work differently to detect the parasites. Diagnostics include:

Heartworm disease can be staged in pets to help determine the best treatment strategy. The categories are as follows: 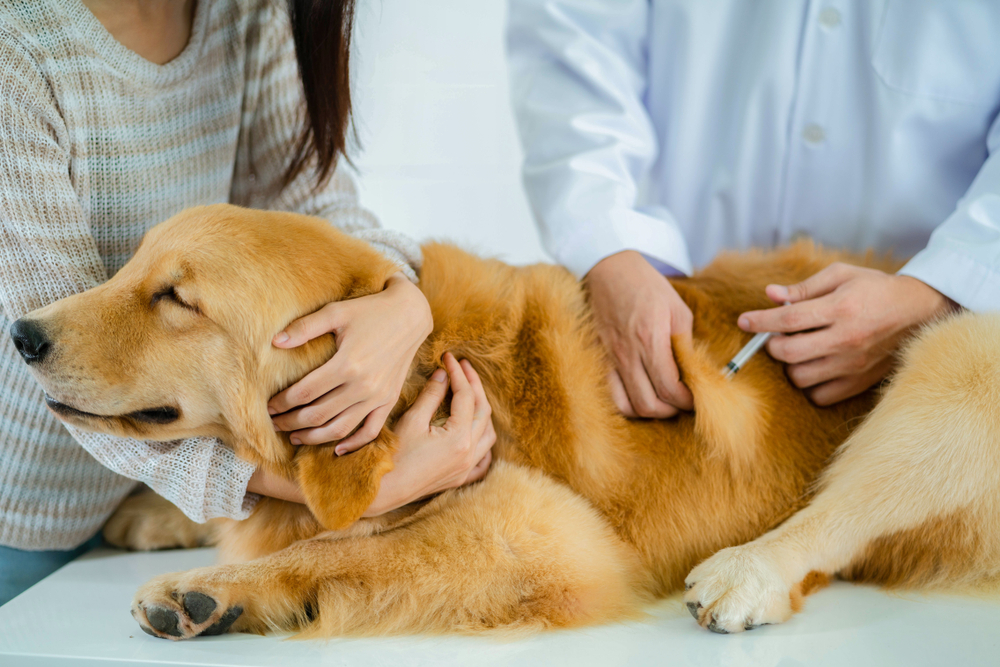 Heartworm disease management depends on your pet, whose treatment will involve:

Heartworm disease is a potentially life-threatening condition, and treatment is not always successful. This makes year-round heartworm prevention medication critical to protect your pet from these dangerous parasites. If your pet is due for a heartworm test, or preventive refill, contact our team at Terra Linda Veterinary Hospital to schedule an appointment.